Buffalo Mass Mob started in 2013 as way to draw attention to struggling Buffalo inner city churches.  A mass mob is similar to a flash mob, but the idea centers around inviting people to come worship at a church organizers select. Each mass mob has brought hundreds of people to churches whose attendance has dipped over the years. Christopher Byrd, Buffalo Mass Mob organizer says, “The concept is simple. We want to showcase Buffalo’s historic churches, but we want the community to see them in their intended purpose. A lot of the city’s churches have fallen off people’s radar screens. This gives people who come to a mass mob an opportunity to share in the living and breathing history of a church and an understanding of how important they are to the cultural and historic fabric of Buffalo. Though a religious event, Mass Mobs are open to anyone from community regardless of religious affiliation.” 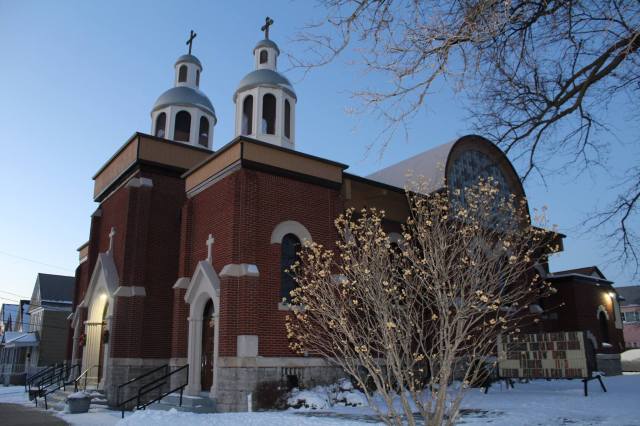 Saint Nicholas Parish was established in 1894 in Buffalo’s Lovejoy neighborhood to support the growing Ukrainian immigrant population in the city. The parish built a new church on Fillmore Avenue in 1919 after its community had outgrown their small church on Ideal Street. The parish continues to serve the local Ukrainian community.

Saint Nicholas Ukrainian Church is located at 308 Fillmore Avenue, Buffalo, NY 14206. Parking for Mass Mob twenty-five will be at School 40 on Oneida Street or on streets surrounding the parish.

***Mass Mob XXV fulfills Sunday obligation for Catholics. Communion will be distributed on tongue only.

More information on Buffalo Mass Mob can be found at www.BuffaloMassMob.org.

More information on Saint Nicholas Church can be found at www.stnbuffalo.com.