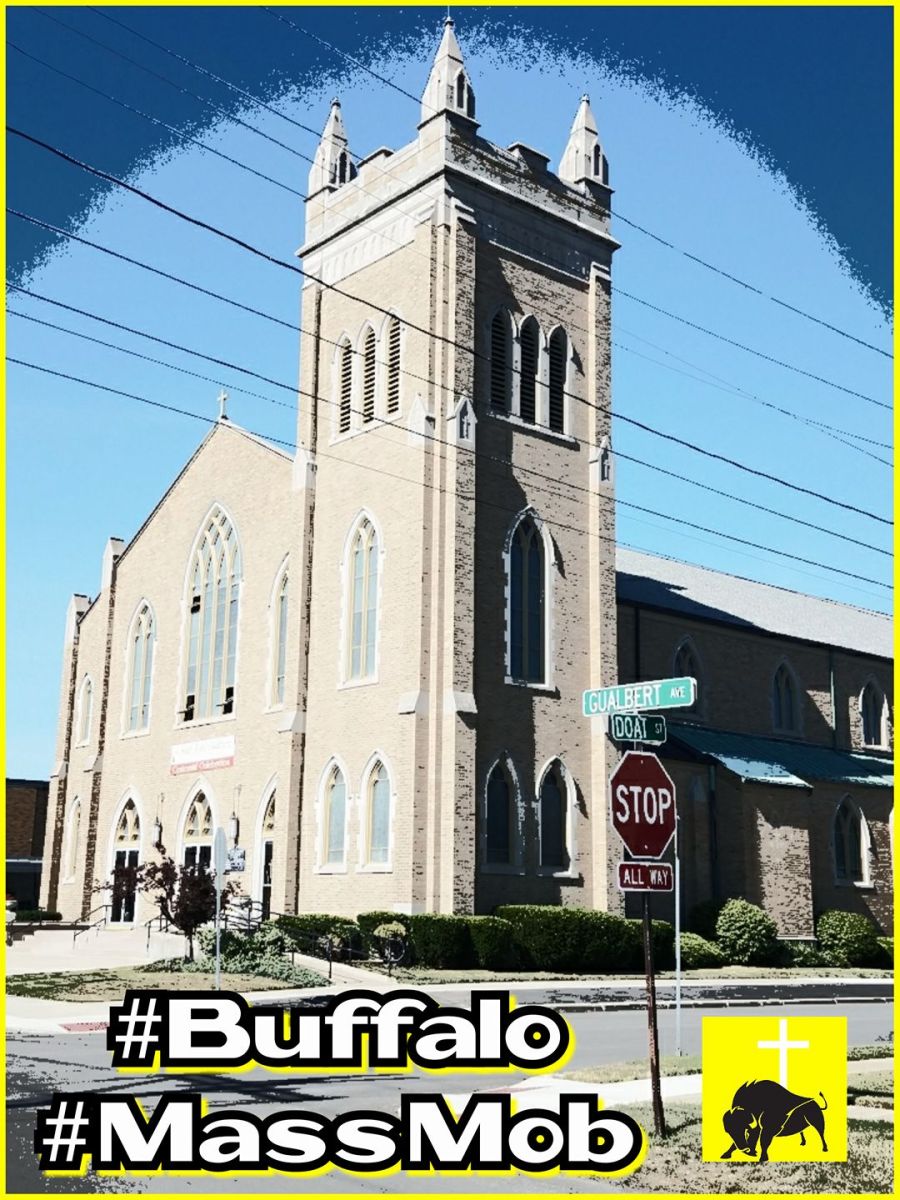 The Buffalo Mass Mob is heading to Cheektowaga’s Saint John Gulabert Church and Shrine on Sunday, August 6, 2017 for noon Mass. This will be the twenty-third Mass Mob the group has staged since it was founded in 2013. The concept is simple. Buffalo Mass Mob picks a church, and asks the public to come en masse to worship on a selected Sunday. The events are almost entirely organized through use of social media.

The goal of group is to raise awareness of historic sacred sites in and around Buffalo. Christopher Byrd, one of the organizers of Buffalo Mass Mob, said, “These historic houses of worship helped shape and define the region as we know it. It is Buffalo Mass Mob’s hope to help create more awareness and appreciation for sacred sites in Western New York through the simple act of experiencing them in their intended purpose, and encourage people to attend Mass more at historic churches.”

Saint John Gualbert parish was established in 1917 in anticipation of an increase by people of Polish heritage moving to the fledgling suburb of Cheektowaga. The parish is celebrating its 100th anniversary in 2017. After a 2016 decree by Bishop Richard Malone, Saint John Gualbert Church is also a Diocesan Shrine now. The reason for the designation was the donation of over a 1100 religious relics by current pastor Father Michael H. Burzynski.

The Buffalo Mass Mob movement, started in the Queen City, has been covered by local, national and international press, and has inspired groups in other cities start their own.