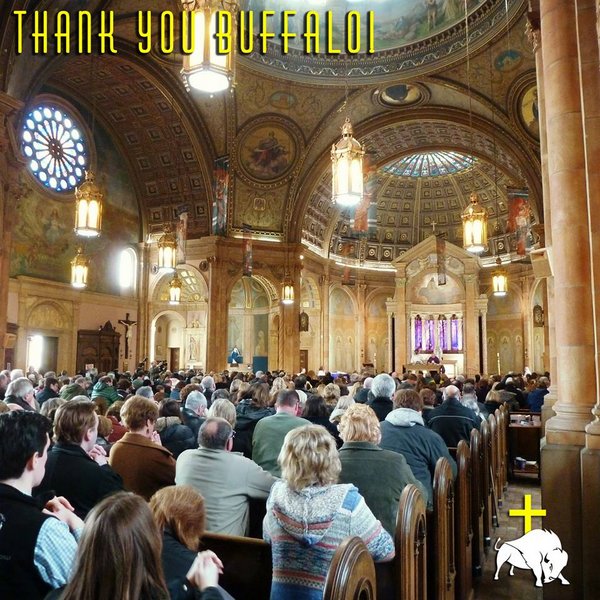 Every time our group starts organizing the next Mass Mob, we are equally excited and nervous–excited to help a church and nervous that no one will show up. That might seem silly, but anyone who has ever organized an event knows what we are talking about. As the clock ticked its way closer to the 10:00am start time of Mass, all worry was lost.

Blessed Trinity Church, it’s parishioners and it’s pastor Rev. George L. Reger were wonderful hosts and did a great shop of showcasing their historic church. At the center of it all was the beautiful Mass. The church, the Mass and the crowd all made for a memorable Mass Mob IX.

Thank you Buffalo for your continued support of Buffalo Mass Mob and the incredible worship communities we bring the mob to!