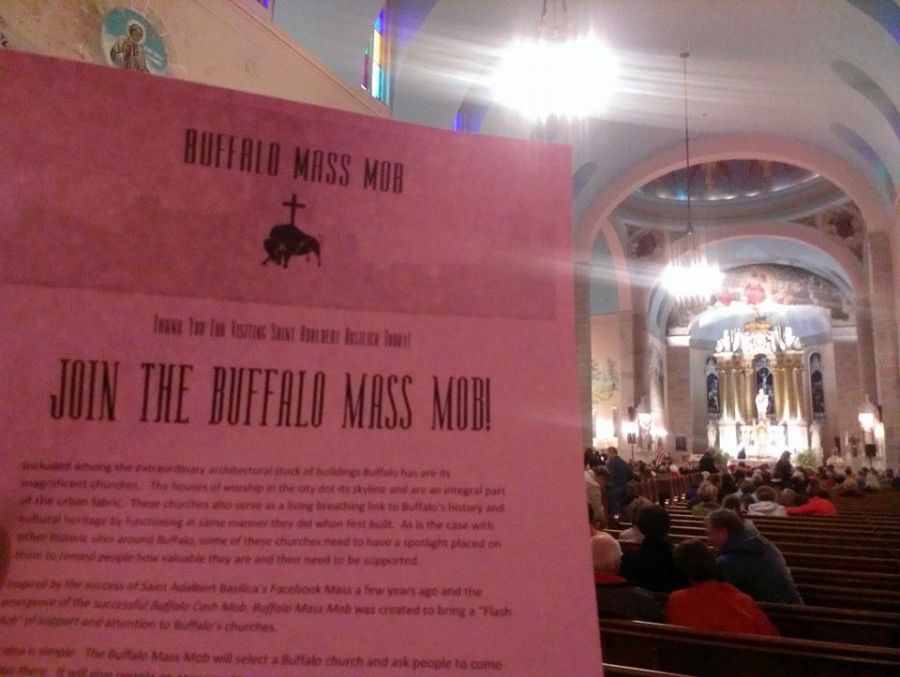 To put it plain and simple, a SUCCESS!

Thank you to everyone who came out on Saturday to the inaugural Buffalo Mass Mob at Saint Adalbert Basilica. There was a huge crowd and the people of Saint Adalbert’s were very welcoming.

Stay tuned as we will be announcing the details for the next Buffalo Mass Mob tentatively scheduled for 01/12/2014.

The whole idea here is to bring a MOB of support to one of Buffalo’s historic churches. Mission accomplished and we look forward to bring the Buffalo Mass Mob to another church soon.

The response we have received so far has been incredible!

One thought on “Mass Mobbed at Saint Adalbert Basilica”